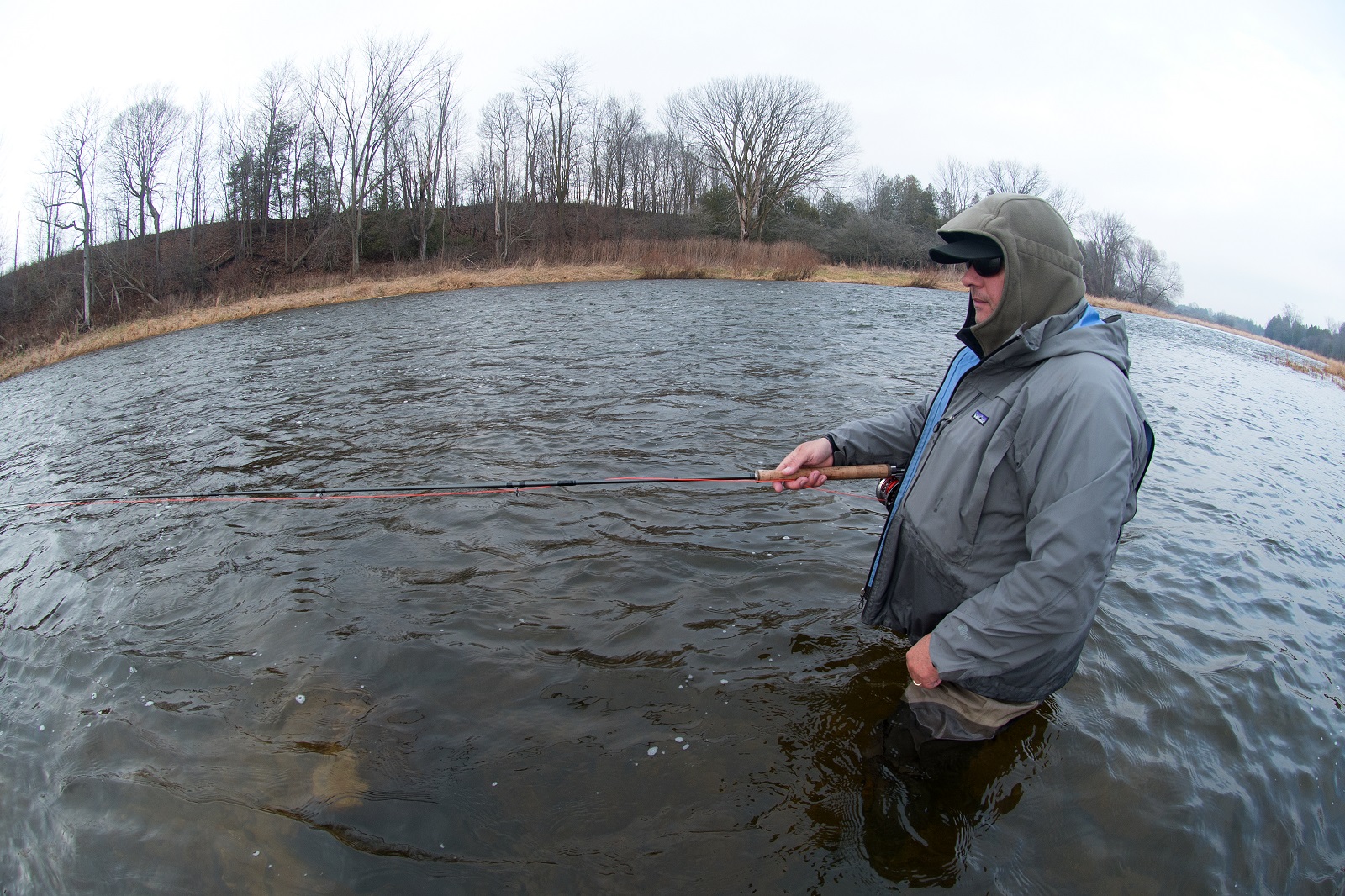 Patterns, and Their Histories, for Trout, Steelhead, Salmon, Smallmouth, Muskie, and More

Essential Flies for the Great Lakes Region is the first-ever collection of Great Lakes patterns for steelhead, salmon, brown trout, and musky by contemporary tiers of the region. Patterns and recipes for over 600 flies, photographed by Jimmy Chang, cover historically important patterns as well as the latest cutting-edge flies.

The Great Lakes sport fisheries (both in the lakes and the streams that flow into them) are extremely popular and key recreational outlets for anglers around the country who want premier fishing for trout, steelhead, salmon, bass, and other species on the fly fishing frontier such as drum and carp. Jerry Darkes, in his successful book, Fly Fishing the Inland Oceans, only scratched the surface of the innovative fly patterns coming out of the Great Lakes region. Now, working with professional photographer Jimmy Chang, Darkes goes beyond that to compile in this book the first ever collection of GL patterns (steelhead, salmon, brown trout, musky) by contemporary tiers of the region. Over 600 patterns and recipes cover the historically important patterns from well-known tiers such as Schweibert and George Griffith and Swisher and Richards as well as flies that are on the cutting edge from tiers such as Kevin Feenstra, Walt Grau, Jon Kluesing, Rick Kustich, Jeff Liskay, Dave Pinczkowski, Ray Schmidt, Greg Senyo, and Matt Supinski.

Jerry Darkes is a fly tackle sales rep, instructor/guide, and writer based in northern Ohio. He has over four decades of fly fishing experience in both fresh and saltwater and is recognized as an expert on Great Lakes steelhead and warm water fly fishing. He is also a member of the Scott Fly Rod and Scientific Anglers Pro Staffs. Jerry was the first “fly fishing only” guide on Ohio’s Lake Erie tributaries and helped to pioneer many of the fly patterns and techniques used today. He has been featured in several books and video/DVD productions about Great Lakes fly fishing and is a well-known fly tier who created a series of instructional fly tying DVDs focusing on Great Lakes steelhead and other gamefish. Jerry gives many programs and demonstrations throughout the region and has been featured on several television shows including Trout Unlimited TV and Outdoors Ohio. He has authored numerous articles in publications including Ohio Outdoors, Warmwater Fly Fishing, Saltwater Fly Fishing, Wild Steelhead and Salmon, Fly Fish America, Midwest Fly Fishing, American Angler, Fly Tyer, Southwest Fly Fishing and Eastern Fly Fishing. He is the author of Fly Fishing the Inland Oceans. He lives in Strongsville, Ohio.