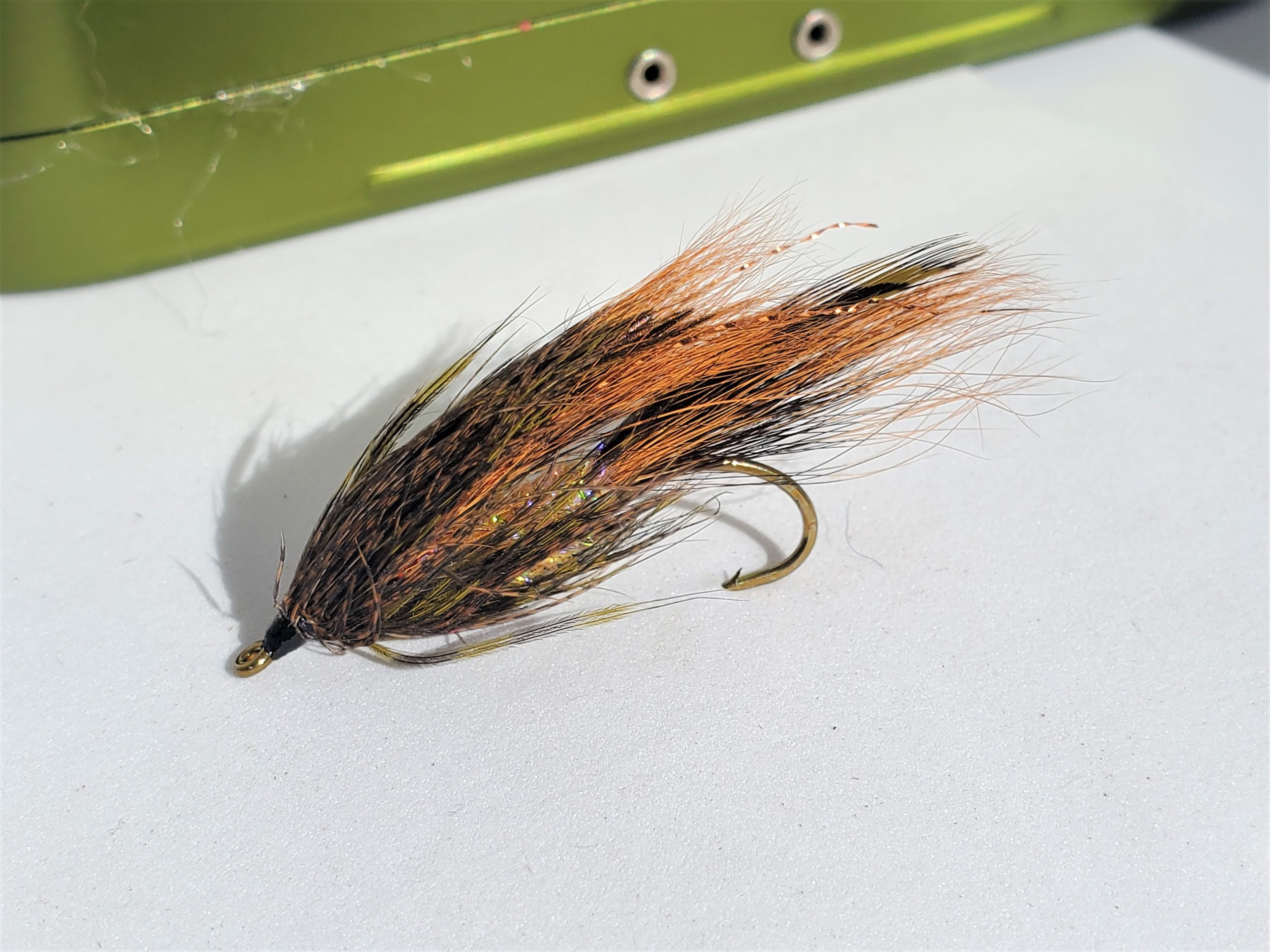 Freshwater sculpin (Cottidae) are found in virtually all trout streams. There are at least six species living in my home river; the largest of these grows to six inches in length, though most are two to four inches long at maturity. They are all similar in appearance and coloration: mottled, in various shades of brown and olive, often with darker barring.  Where they occur, sculpin are an important food source to trout, and particularly larger trout. And I suspect the universal effectiveness of the old Muddler Minnow is more than partially due to the wide distribution of freshwater sculpin.

Sculpin imitations fish well presented on the swing, as the presentation closely mimics the way sculpin slip downstream to change location. Sculpin don’t wiggle (like a pollywog); they pulse and scoot like a hockey puck over ice.

In slower water the imitation may be cast and stripped – or stripped cross-current while swung. Because they are such important baits, I’ve tied and fished dozens of sculpin patterns over the years and have found that an imitation composed of materials providing a lot of motion and pulse produce best. I prefer the fly not weighted, fished with a sink-tip appropriate to keep it close to the bottom. Without weight the fly casts easier and dances at the end of the string better.

The Mojo Sculpin earned its name and a permanent place in the box the past couple seasons, turning the trick on early spring pre-spawn rainbows and also accounting for some nice brown trout. The hackle-head design works well to simulate the sculpin profile while providing a natural color blend and much breath and pulse, creating the illusion of mass, without bulk. Sinks quicker than a clipped deer hair muddler head.