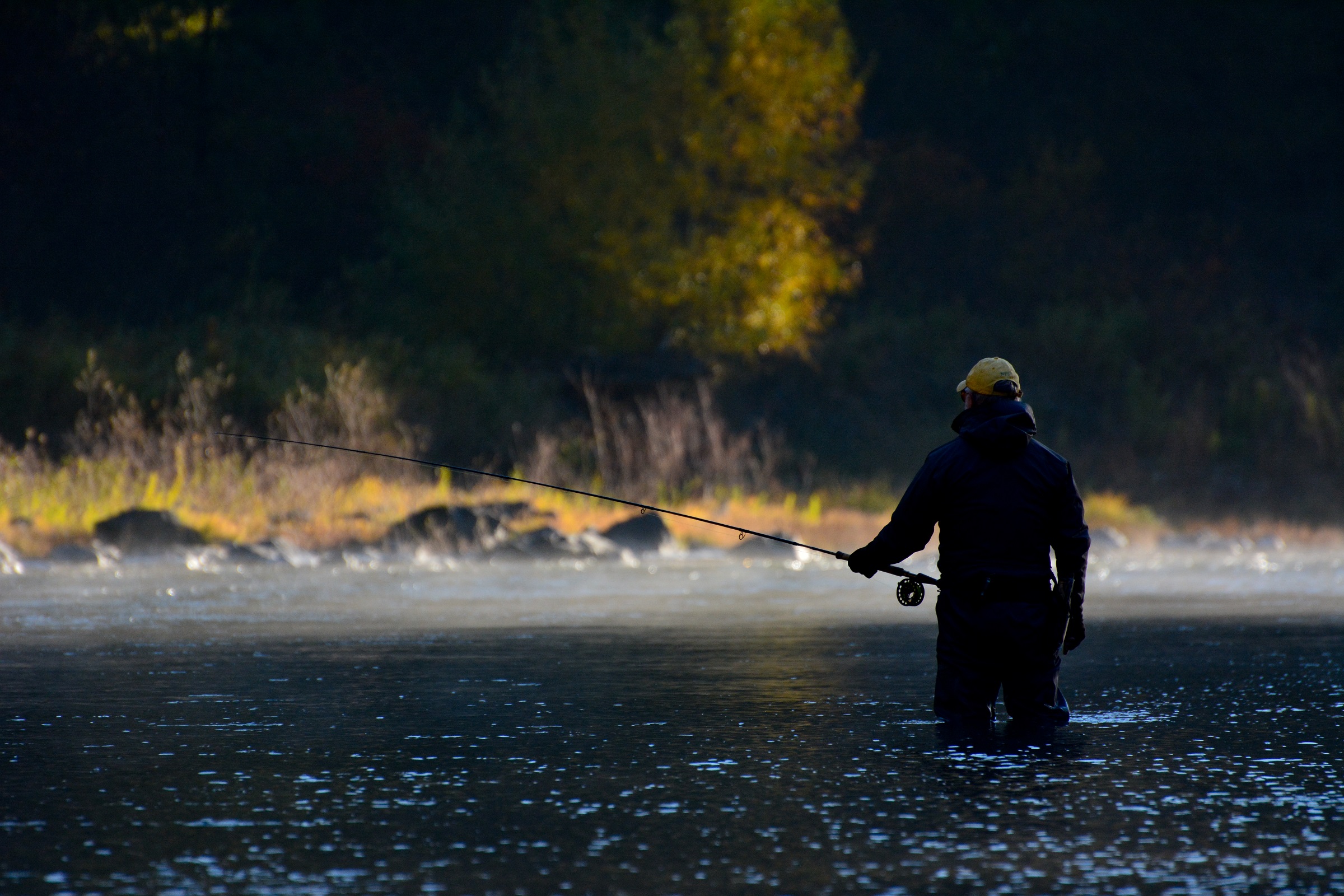 I asked fourteen EXCEPTIONAL guides from the most infamous West Coast steelhead rivers the same questions. Every guide was given the task of answering sixteen questions, some with a specific river in mind and others just as a general guide of steelhead tactics. New questions and answers will be released bi-monthly.

I think far too much about knots. I come from a whitewater rafting background, where if you were the person who “ghosted” their boat in the middle of the night because you couldn’t tie your bowline correct, you were on groover duty for the foreseeable future.

Needless to say, you would stay up late figuring out how to tie your bowline … or tie so many square knots behind whatever knot it was you tied that your crew would get so frustrated trying to untie your knot that it still meant groover duty for you!

In fishing talk, I quickly realized that like most things steelheading, everyone has their take on what knot is most effective. I have always been a two-knot kind of gal – a turle and a clinch. That is until I tried a non-slip mono, or an Orvis knot, or a riffle hitch … The list goes on. I gauge the knot based on the style of hook and go with the strongest knot I know. With that said, all of these expert answers below gets me thinking. -Kait Sampsel

“I use a non-slip loop (traditional and stingers leaches) and/or a common clinch (dries or tube hooks).”

“My no name loop knot for traditional and intruder and a riffle hitch for dries.”

“I use a clinch knot, regardless of the fly. It’s easy to tie with frozen fingers or gloves on, and if properly seated is a strong, dependable knot that gets the job done.”

“The knots that I use have nothing to do with what type of fly it is but, what type of hook that they’re tied on, or what it is that you’re trying to do with it. Any fly tied on an up-eyed hook I use a turle. For a straight-eye, down-eye, or any fly with a stinger I like to use a loop knot or sometimes I’ll use a clinch (not improved). I really like the little bit of extra movement I get on a fly when it’s tied with a loop knot but, to be perfectly clear, I don’t believe for one second that the fish gives two beans about it. I’m going to go out on a limb here and say that no steelhead that has ever taken a fly that was tied on with a loop knot would not have taken it were it tied on with a clinch! I do think it can make all the difference when nymphing for sensitized trout, however. I prefer that my waking flies all be tied on down-eye hooks so that I can use a turle knot (entering the eye of the hook from underneath). Otherwise, I use a clinch and riffle hitch.”

“I tie an improved clinch or a loop knot for all my flies, for skaters I use a clinch knot too. I’ve been experimenting to see if one knot is better than the other, what I have found is; both knots hold and work.”

“When fishing skaters, I typically fish an improved clinch knot and will riffle hitch it to keep it on the surface. The rest of the time, a loop knot.”

INTRUDER FLY:  With intruder flies or any shank tied fly, I always use a non-slip loop knot to give it more action as it swings.  Non-slip loop knots will give a fly more side-to-side movement as its tied more loosely to your leader then the more rigid turle knot. So, on sink tip flies use the non-slip loop knot, as you want all the extra movement you can get.”

“Non-slip loop for all.”

“Improved clinch for all flies. It’s the strongest knot.”

“Traditional fly- The Quigley Knot: Ken Morrish showed me a knot years ago that he liked for traditional, up-turned eye hooks. I asked him what he called it. He said he didn’t know, but that he had learned it from Bob Quigley. Thus, the Quigley Knot. Basically, you go through the eye, around the head, and back out the way you came in. Then, tie a uni-knot and pull it tight. The knot forms under the hook eye, giving you a straight line from leader to fly.

Intruder- All bigger profile flies get the Non-Slip Mono Loop.”

“For the first part of my steelhead life, I used only a improved clinch knot and now use a non-slip mono loop. Both worked fine, I believe the leader/ knot strength is crucial. I’m a 20lb or nothing guy. Meaning I use nothing but 20lb maxima ultra-green for salmon and steelhead. This will help with wind knots, abrasion or if you’re lucky enough to hook a proper fish.”

“I like a fixed loop knot for almost all my fly patterns.  I like a down or straight eye traditional fly and same with intruder style flies.  I think the fixed loop allows for better movement and action in the water and adds to your success.”

Editor’s Note: This installment of Guide Gossip is free to view. Please consider joining Swing the Fly to view the 15 other installments of the Guide Gossip series and all the other great content. And if you’re looking to learn some new tricks or just have a great day on the water, click the links to these guides websites and consider joining them for a day on the water!