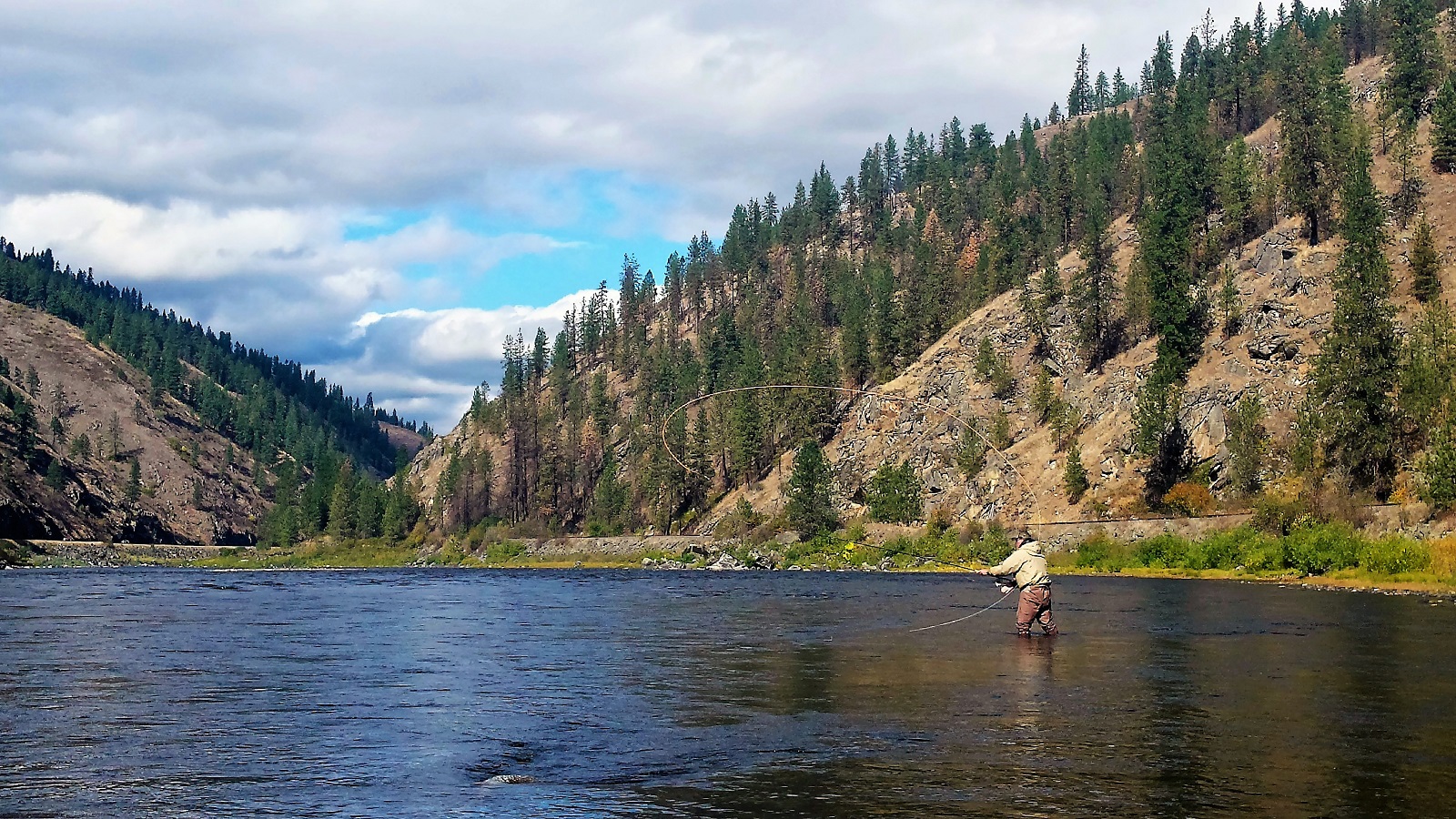 This article originally appeared in the 2017.1 issue of Swing the Fly magazine and is free to view. Enjoy, and if you’re not already a member, consider joining to get access to all the member content and the Anthology book.

In my beginning years of spey casting I was a sponge, soaking up every piece of casting info I could find. Knowledge is power, right? I started with a double taper line but soon after came the market flood: Windcutters, then Midspeys, Skagits and Scandis. I bought and tried them all. And they all had their merits.

Then there were the casting styles to go along with each line style. I spent years on each specific style, wanting to learn all the intricacies of each of them. The biggest frustration came in going back and forth, different lines going with different styles of casting. I read that you had to cast a Skagit line with a Skagit style cast and the same for a Scandi and so on. I also read that you would only get good at casting if you stuck with one style. But, what if I wanted to do it all? Was I screwed?

I didn’t believe that I had to be doomed and intended to do my own research on the subject. Looking at golf for example, I saw hundreds of different golf swings on TV being effective and very good at hitting a golf ball. Heck, every single swing is different. So why do I have to spey cast exactly like Ed Ward, Goran Anderson, or Scott McKenzie? If Jim Furyk (ugliest golf swing ever known) can hold the PGA Tour record for the lowest round ever then maybe us mere mortals can at least be reasonably good at Spey casting using our own casting stroke?

The question that I then had to answer was, “Is there a unifying component that makes all of the great Spey casters successful in their respective styles?” After thousands of hours of watching Youtube videos, other casters, and practicing with all styles of lines and rods, the conclusion I came to was very simple: The anchor.

It’s what makes a Spey cast a Spey cast. And, my research has led me to believe that it is also the critical element of the cast that determines whether or not the cast will work.

A couple of observations of Spey casting led me to this conclusion:

If your anchor is moving all over the place, so will your casts. I challenge you to find me one good Spey caster who doesn’t consistently have their line anchored in the same manner.

Observation #2: You can learn everything you need to know and diagnose almost every Spey casting fault or error from watching and listening to the anchor.

(The only exceptions to this rule lie in the forward cast and are far less critical to making a sucessful cast.)

Everything from power application to timing can be learned from watching the anchor. It does not matter if it is a waterborne cast (Double Spey, Snap-T, etc.) or touch and go cast (Single Spey, Snake Roll). They are just different methods of creating an anchor (if you freeze the frame at the moment the forward stroke begins, every different spey cast is indistinguishable).

Simple. Start with watching your anchor. Every cast. The anchor is your ball, keep your eyes on it.

If we pay attention to the anchor on each and every cast, our hand-eye coordination will learn to make many of the necessary adjustments to make the cast work. Gone are the days of casting well for one run and then falling apart in the next.

So, what is a good anchor?

A good anchor has two components:

For most Spey lines, a good anchor (proper tension) will be the leader/tippet/fly or sinktip/tippet/fly lying flat and straight on the water, a rod length away from your body, and point-ing at your target.

In order to do this consistently, we need a consistent point of reference to watch (Anchor Point). I like to watch where the Spey line connects to your leader or sinktip. The goal is to consistently put that connection a rod length away (upstream or downstream depending on what side you want to cast on) from your body and slightly in front of you. You should touch your rod tip to the water to get a visual of where this is.

We need to do this as consistently as possible. Inches of variation in your anchor placement matter, several feet matters a lot! The more specific you are about placing this anchor a rod length away and pointing at your target, the more consistent your casting will become. (This is, in my opinion, the most overlooked aspect of Spey casting)

So how do you make a good anchor?

Focus on what the rod tip is doing through the sweep. Note again, this is with any spey cast. There needs to be two characteristics of the sweep to make a good anchor:

The line is always going to follow the rod tip. The key here again is to watch your anchor. If you are struggling, forget about the forward cast and just practice the setup. Only in this manner can you see exactly what is going on. When you have an anchor that is a rod length away and pointing at your target, then add the forward cast back in.

Too much Anchor:
You hear a big slurp as the line leaves the water and struggles outward. The two most common causes being you dipped the rod tip downward behind you on the sweep or you stopped for too long between the sweep and forward cast.
The Fix: Focus on a sweep where the rod tip inclines on a gradual, level plane. When you see the anchor straighten and point at your target, smoothly transition into your forward stroke without a lengthy pause.

Too little Anchor:
You hear a snap as the line and fly is violently ripped from the water. Losing flies often? Here is your problem, the “blown anchor.” Most common causes include raising the rod tip too vertically on the sweep or overpowering it.
The fix: Slow down and focus on a sweep where the rod tip inclines on a gradual, level plane.

Of course, we all know there are plenty more things that can go wrong in the Spey cast. Too many to mention here. Watch things, break it down into steps, and remember the line follows the rod tip!

The styles of Spey casting have evolved as economies of motion, simple and efficient methods of creating an anchor that points at your target. They are great examples of how very good Spey casters have become proficient at their craft and can be great styles to emulate. I do not, however, believe that you can become a consistently good Spey caster purely based on copying mechanical style. The key lies in finding and understanding the root source of a good Spey cast, which is, in my opinion, the anchor. Take what you like and what is comfortable for you from a particular style and feel free to develop your own.

This article is brought to you with special thanks to: